9 years on from their first survey, Nielsen have produced a new study into the usability of Children’s websites. “It’s now common for a 7-year-old kid to be a seasoned Internet user with several years’ experience.” – If we think that the millennials are the internet generation – in 10-15 years this wave of 7 year olds will be in the marketplace.

No One Is Looking At Google Instant

A small eye tracking study (14 searches by 7 users) but contains some interesting finding – one such finding was all of their test participants didn’t look at the screen whilst typing their search phrase!

More practical advice from The Intranet Professor. A lick of paint for an un-respected, un-loved, un-used intranet, or full renovation?

A Comprehensive Guide Inside Your <head>

Excellent guide to the <head> section of HTML. As technically the head is limitless, there are a number of additional things Alex could have included (but you have to draw the line somewhere!) Nevertheless, one link reference that really should have mentioned is rel=”canonical”.

HTML5: The Facts And The Myths

I Had the pleasure of listening to Opera’s Bruce Lawson evangelise HTML5 at Disruptive Code this week. This Smashing Mag article by him and Remy Sharp is a good primer for those of you who don’t know that much about it.

In 2008 web dev & design site Sitepoint predicted that they wouldn’t be receiving any visits from people using an Internet Explorer browser – here’s their 2010 update. Interesting stats and interesting to see the continued trend of browser usage in the dev/design world.

Read Jesper’s Churchil-eqsue post, then read Amber Naslund’s post 3 Reasons B2B Social Media Makes So Much Sense. Two boxers each waiting to pounce from their respective corners of the ring? Is one of them half-way up the garden path? Can you apply behaviour analysis and “CRM the living shit out of all the data” to B2B customers in the same way you can B2C consumers?

Facebook are experimenting with using QR codes generated whilst you are logged in to the standard site in order to authenticate your log-in to the mobile site. All done in a couple of clicks rather than a load of fiddly typing. Sounds like a usability win to me. 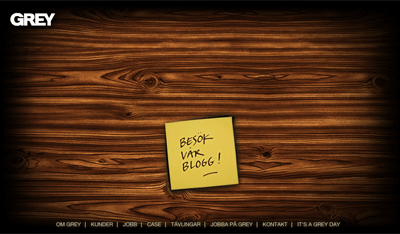 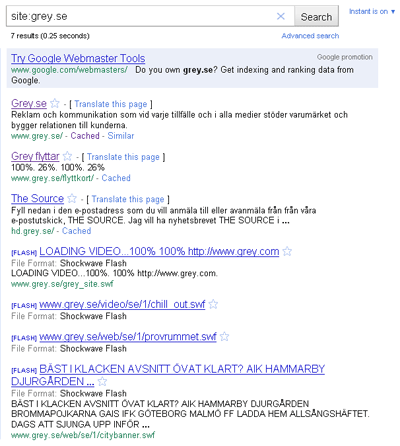 A another look at the classic user v client dilemma. One of the key things to finding a good balance is stakeholder buy-in and inclusion.

Surprise, surprise! Having no secure icon on a page increased conversions by 400%

An split testing case where removing a green “secure” icon from the page made a vast improvement – their conclusion: “Make each page designed to get the user to do one thing, and try to focus all of their attention on that one thing”.

Alex Manchester in this article from Step Two explores the potential of people search and staff profiles and their role as the very heart of intranet. He also gives examples of people-related concepts in use within organisations today.

Facebook As A Company Intranet Is A Nightmare Waiting To Happen

Building your entire intranet using Facebook would be an utter nightmare! But let’s not forget the relevance of Facebook as part of internal communication and collaboration. Colleagues who are friends with each other will almost certainly use it to communicate in some way at some point – even if it’s just a “running late for 9am meeting” or “working from home today”. Organisations should consider ways to take advantage of that.

Swedish guidelines published by The Swedish Data Inspection Board recommending how you should deal with communication channels with user generated content, such as Twitter, Facebook, Youtube in order to be compliant with Swedish law.

If you are using wordpress for a business site you might want to consider some of the following tweaks – or bring someone in to do them for you.

Google Instant – a Reminder that Google is not equal to SEO

reality check from Jesper. Yes Google is really important, but it’s not the whole picture. YouTube, Facebook, Intranets, on-site search – Search is a lot more than Google, but it’s all about serving up what people want when they want it.

There has been constant speculation about how many active Twitter users there are here in Sweden. This article (in Swedish) makes public some research that Microsoft has commissioned. That survey states that 8% of Swedes have used Twitter. 5% use twitter monthly, 3% user it Weekly. Clearly being 35-44 and a daily user makes me quite special!

We are more willing to share with people with trust, especially mutually. Repeated communication helps build up that trust (doesn’t need to be very frequent or even face to face).

How to Break the Tyranny of E-mail

Oscar Berg writes about how to beat email as the tool of choice within the enterprise organisation. Summarising his post to it’s simplest possible – email is incredibly easy to use and flexible; your collaborative alternatives need to be equally as easy to use, and you need to train and coach people effectively.

Facebook is a company that needs to make money, and it’s going to do that via fantastic amount of data it has about it’s 400 million users. It’s a marketeer’s wet dream. Biggest risk with Open Graph and “likes” on web pages is that it could tip the balance just a little too far. Remember that social networks always die in the end, just a matter of when.

Six things you can do in-house to improve your SEO

Not necessarily a list of the simplest and easiest things you could do in-house, but it’s a worthwhile read and not at all wrong.