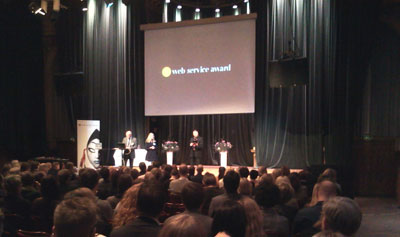 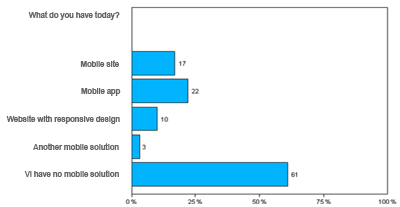 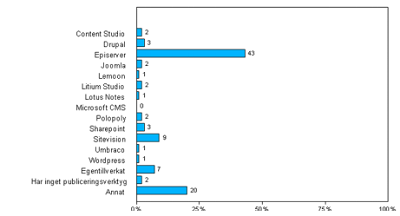 The BBC Internet blog often produces some really good in-depth insights into how things work at the BBC. This time, in connection with the recent redesign of BBC News, they take a look at web management, web standards & their in-house CMS

Why QR Codes Are Poised to Hit the Mainstream

SL have just started testing Quick Response codes at a number of bus stops here in Stockholm. Co-incidentally Mashable writes “Why QR Codes Are Poised to Hit the Mainstream” around the same time. You shouldn’t produce any printed matter now without a QR Code in my opinion.

Half of site searches are unsuccessful: report

Half of site searches are unsuccessful. Yet studies have shown that site-searches result in a significantly higher conversion rate than the average. Clear opportunity for improvement there…

This article from Spiegel Online describes how the (German) Internet Generation would appear to prefers the Real World – or rather, that it is integrated into their lives but that they are not necessarily “internet experts”. What you can conclude is that there is no global norm when it comes to the internet generation and their internet usage. Read my earlier post about Internet usage and young Swedes in Sweden

Not a bad list. Your next site won’t be worse if you follow all of these 18 points! There are, of course, more than 18 things that are normally missed.

Blog – Subdomain or Subfolder? Which Is Best?

More on the eternal question of on-domain, off-domain, or sub-folder blog – which is best? Well, they all can be in my opinion. Really does depend on each individual case.

Will the Real Browser Stats Please Stand Up?

Global visitor stats are always misleading. Make sure to always study the stats for your own site (and therefore visitor groups), especially browser version and viewport size before a redesign.

How long are intranet projects?

Steptwo write about how long an intranet project should be (it is often not given enough time) – As is often the case, similar things apply to Internet projects too.

Keep it above the fold! Employees demand a clean Intranet home page, no scrolling, fewer links.

In this CMSWire article they’ve taken the example of how a global collaboration product (Google Wave) failed to be adopted and likened it to the difficulty of implementing collaborative tools within the Firewall. Fair few pearls of wisdom from some clued-up people.

5 intranet trends for business managers in 2010

Is collaboration enough to connect-the-dots?

Some good solid advice on what components are needed to make collaboration capable of “joining the dots”. I’d add a 5th component to the list in the post – Low barrier to use. The easier it is to jump in, the more likely both people and content will be there. If it’s too awkward, complicated, or forced, then the other 4 components are going to under-deliver.

Every CMS fails and what you can do about it

Your content management system facilitates your publishing processes. That process changes over time, but not your CMS resulting in it’s ultimate failure as a tool. Three good bits of advice towards the end should you realise and accept the fact that your CMS is going to fail you.

Google did an internal assessment of 100 of their product pages against a whole load of SEO related criteria. Initially this was just an internal document, but Google have had the wisdom to realise this gem of a document to the big wide world. More interesting than Google’s own poor score for some criteria, the criteria themselves.

At the time of writing this wiki page listed 130 different social media monitoring tools, both free and paid. One to bookmark.