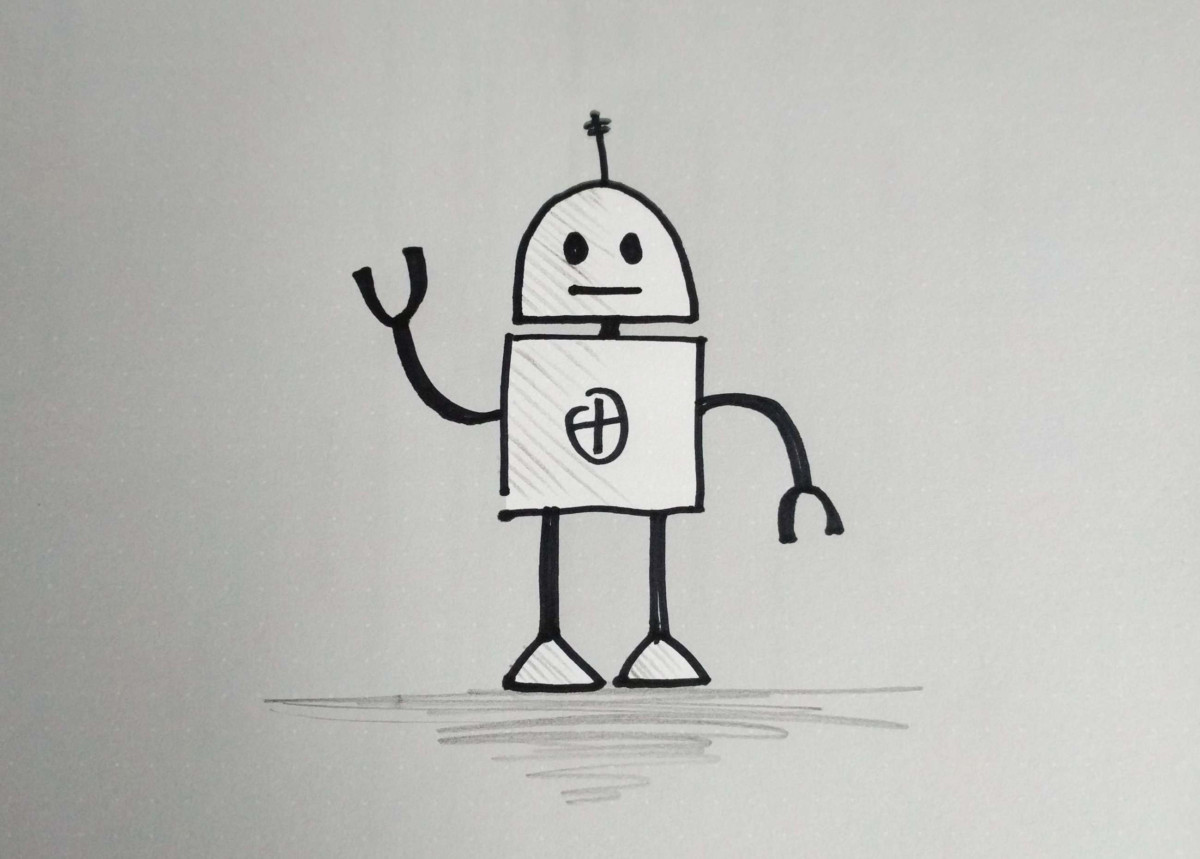 I opened up a customer service chat with Yorkshire Water.

I’m not a fan of ringing up companies and talking to them. I guess that’s largely a result of decades of mental scarring from so many frustrating menu systems, dodgy hold music, being cut off mid sentence, and often have more knowledge about the thing I’m trying to sort out – and how to sort it – than the customer service agent I’m talking to.

So these days, whenever I can, I opt to chat rather than ring – after all conversation is the command line of tomorrow. It makes me feel less uncomfortable and it works. I get things done. We get things done.

So I’m chatting with “Dan” at Yorkshire water and after a couple of interactions I’m starting to get the feeling that, perhaps, Dan is a chatbot – or maybe just heavily scripted.

Hello, my name is Dan. How can I help you today?

For the past few years one of the projects I work on is designing the web interface for a customer service platform. I’ve observed numerous agents as part of my research, and I’ve been part of designing how chat conversation are handled.

We’re also, as an industry, hearing and seeing more and more about AI, machine learning, chatbots and agentive technology. It’s not a UX or tech conference these days unless there’s at least a few people talking about these these topic and the impact it will have.

I guess both of these things together have heightened my spidey sense – or increased my scepticism (you choose 😉) – I know how much can be achieved with chatbots, but it’s uneven. The range of customer service chat bots currently ranges from Eliza to “woah – that wasn’t human?”.

Dan had got my Spidey sense tingling.

Good afternoon James. I would be happy to help you with this today.

I suspected he was a bot. So while we were between responses (“Dan is typing”) I tweeted words to that effect.

I'm currently chatting with Yorkshire Water. I suspect it might be a bot/script. Either that or "Dan" is entirely relying on cut & paste.

After a couple more interactions I still wasn’t completely convinced it wasn’t a bot, but it was working. We were making steady progress so I was happy. Given the sceptic nature of my tweet, I thought it was only fair to add a comment saying that it was working (especially given that I’d named Yorkshire Water in the original tweet).

Then I saw that Yorkshire water had liked my original tweet.

Moments after adding my reply that it was going well, they liked that too.

Ok. This was getting a little interesting – Were they impressed that their bot was working so well…? Or was the bot working double shifts and monitoring twitter too, sarcastically liking my tweets and lightly mocking its own bot-existence.

Or… Could… Just could Dan be Human-dan and not Bot-dan?

At this point smileys started are increasingly being used in our chat conversation and at the same time Dan is getting a little more relaxed and my opinion has swung. Now it feels like I’m talking to a human. The cynic in me is now impressed at the thought that they have seamless switching between bot chats and live agents but at the same time I’m feeling a little smug that I’ve spotted it so it’s not completely seamless!

I’ve got everything sorted. Dan has helped me achieve everything I needed to during out chat. It’s reached it’s natural end. But, before the obligatory “Is there anything else I can help you with?” I couldn’t resist going into research mode. It was time to try to pull back the curtain on the Wizard of Oz.

James: I’m curious to know how much you type directly and how much are previously prepared responses?

And at pretty much the same time Dan wrote…

Dan: I can see that you are also speaking to us on Twitter. Just to let you know, that I am not a bot and all my responses to you today have been individual

The double reveal! I’m that guy on Twitter and Dan is not a chatbot.

We actually chatted for another few minutes, and Dan kindly and patiently answered my questions about how he worked with chats and how he found the experience. Like the majority of the customer service agents I’ve talked to who manage chats, Dan enjoyed it. Customers generally are nicer and most conversations end positively.

Our chat began very robotic, but ended as humanly as you could expect.

James: Apologies for suspecting your initial responses might be a chatbot 😉

Dan: I apologise if I sounded too formal at times.

I think you could say we had a virtual hug. I just hope the fully automated Chatbot-dan of the future will get to feel a little bit of joy during its work in the same way as Human-dan does currently.

I’m not sure chats would quite be the same without it.

We're humans James… Honest! Glad to see you got the bottom of it and had a nice chat with Dan from our Web Chat Team 😀 ^DS

James Royal-Lawson co-hosts UX Podcast, a popular user experience podcast and is a freelance UX consultant based in Stockholm, Sweden.