Facebook has rolled out their Ticker to all users as part of their September updates (if you haven’t got it yet, you soon will!).

Combined with other changes to the appearance of the news feed, this has raised a fair few questions from people about their privacy settings and what gets shown where.

I’m going to try to explain it for you.

So how does it work? 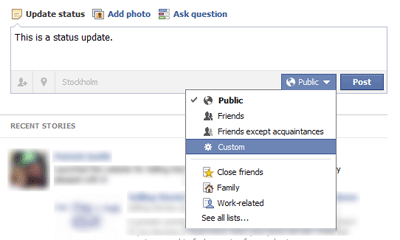 The news feed now just shows a selection of updates based on a number of factors (which i’m not going to go into during this post). If you want to see everything that is happening the world of Facebook as defined by your friends (and people subscribed to) then you need to take a look at the ticker in the right hand column. 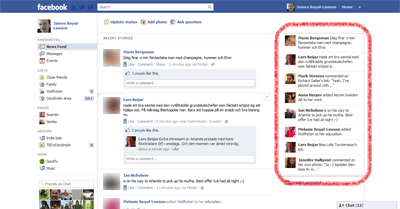 This ticker shows everything people who you’ve subscribed to are doing on Facebook that has a privacy setting that you are included in. You are subscribed to your friends, and all their types of updates by default.

You can unsubscribe from a persons activity, and you can even turn off certain types of activity from a specific person. So if someone listens to far too much music on Spotify that rubs you the wrong way, you can untick Music and Videos. 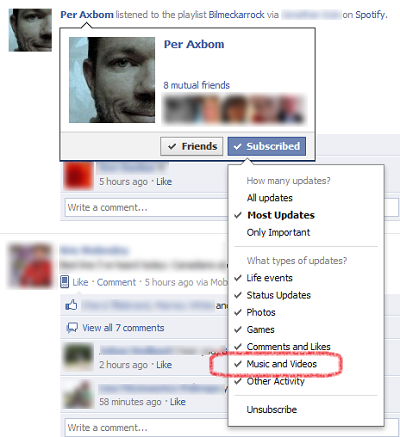 By and large though, what this means is that you may see more Facebook activity than you are used to seeing – if you bother to look at the Ticker in the right hand column that is!

Whenever any of your friends write someone on someone else’s wall, for example, you’ll see that action appear in your ticker.

If any of your friends comment on a person’s update who isn’t your friend, if that update has public or “friends of friends” as it’s privacy settings, then you will see not only your friends’ comment, but also all the other (non-public) comments everyone else has written.

If someone publishes a public update (of whatever kind; a status, a photo, event, action) then any comments and likes made to that public update will also be public. In this case, public means totally public. Not-logged-into-Facebook public.

Keep your eye on the grey icon

So what matters now is that you pay special attention to the little grey icon visible at the bottom of each update. If this has a little globe on it, whatever you say will be public. If it has a couple of silhouettes, then hover over the icon and see what it says. It will explain the reach of the update, and therefore the potential exposure of anything you write.

Remember though, privacy can be changed afterwards. So something you once said in private may become public (and vice versa). Even if you said it years ago…